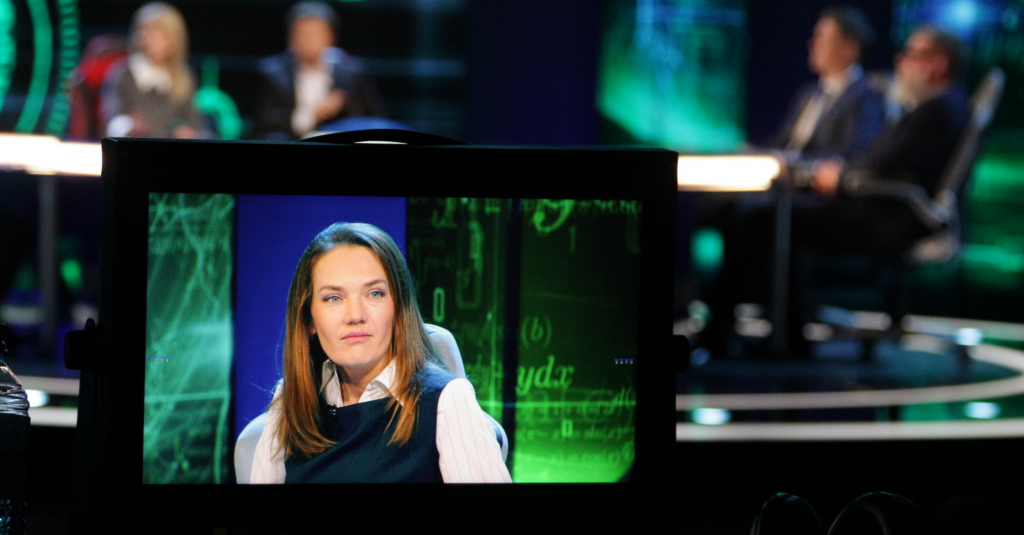 Tatiana Karelina, Head of the Alzheimer’s Disease modeling group at InSysBio participated in the Russian TV show «Us and science. Science and us». The theme of the show was Alzheimer’s Disease (AD) and the guests were experts, such a gerontopsychiatrist, a neurologist and a biochemist, representing either optimistic or skeptical positions. Tatiana presented an optimistic point of view and told about AD causes, risk factors, pathological mechanisms and future therapeutic approaches. The video is available on the NTV channel website.

“We are just beginning to research the potential therapies. AD is a multifactorial process, so the potential therapy will be not, for example, an amyloid-targeted particular drug, but it will be a particular combination of such particular drugs. There are many AD triggers, and diverse factors contribute to its pathogenesis, but results are the same: amyloid plaques and neurofibrillary tangles formation and neuron loss. The future treatment will be preventive as well as personalized, so there will be expected many clinical trials investigating various combinatorial therapies,” introduced Tatiana Karelina.

InSysBio is a Quantitative Systems Pharmacology (QSP) company located in Moscow, Russia (INSYSBIO LLC) and Edinburgh, UK (INSYSBIO UK LIMITED). InSysBio was founded in 2004 and has an extensive track record of helping pharmaceutical companies to make right decisions on the critical stages of drug research and development by application of QSP modeling. InSysBio’s innovative approach has already become a part of the drug development process implemented by our strategic partners: nowadays there are more than 100 completed projects in collaboration with leaders of pharmaceutical industry. The company has published multiple scientific studies in various therapeutic areas. InSysBio team is developing software and tools for QSP and continuously improves methods for biological modeling. For more information about InSysBio, its solutions and services, visit insysbio.com.