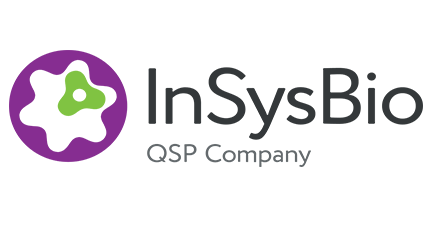 InSysBio, one of the world’s pioneers of Quantitative Systems Pharmacology (QSP) modeling, announces the start of operation of Headquarters in Edinburgh, the United Kingdom. At the same time, the new branch office has been founded in Limassol, Cyprus and part of InSysBio team has relocated there, thus, expanding the company’s presence. Previously InSysBio has been operating in Edinburgh, UK and Moscow, Russia.

InSysBio continues the development of its QSP services and QSP tools infrastructure according to its mission, vision and values. We hope this step will assist in providing QSP modeling to world pharma, contributing our expertise to global QSP community and creating favorable atmosphere for self-development of researchers.

Oleg Demin, one of the co-founders of InSysBio, comments on the significance of this step, "I am pleased to share that we have established the new Headquarters in the United Kingdom, and relocated part of InSysBio team to Cyprus. I am sure that soon Cyprus will become one of the countries distinguished on the “QSP community map”. We will do all our best to achieve this goal”.

InSysBio is a Quantitative Systems Pharmacology (QSP) company located in Edinburgh, UK (INSYSBIO UK LIMITED), Moscow, Russia (INSYSBIO LLC) and Cyprus (INSYSBIO CY Ltd). InSysBio was founded in 2004 and has an extensive track record of helping pharmaceutical companies to make right decisions on the critical stages of drug research and development by application of QSP modeling. InSysBio’s innovative QSP approach has already become a part of the drug development process implemented by our strategic partners: there are more than 100 completed projects in collaboration with leaders of pharmaceutical industry. For more information about InSysBio, its solutions and services, visit www.insysbio.com