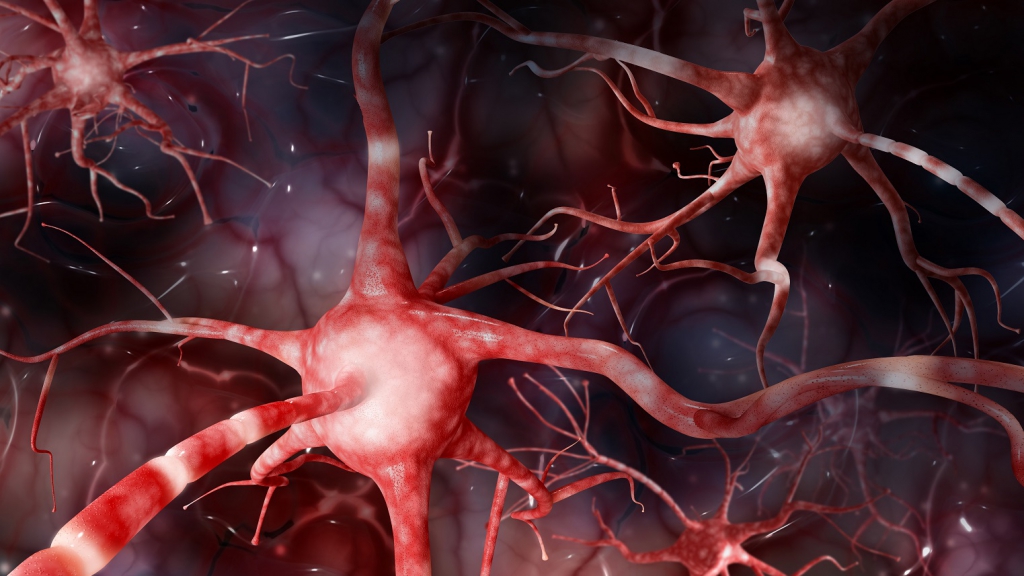 InSysBio continues to investigate the mechanisms underlying Alzheimer’s disease (AD) using the quantitative systems pharmacology (QSP) modeling approach. The part of QSP model describing tau protein was published in the PLOS ONE journal. This is one of more than dozen InSysBio publications in AD area during last seven years.

There is still no clear understanding what is the driving force of AD progression. The main hypotheses of the pathology are based on amyloid beta plaques or tau protein aggregation.

Tau protein (or MAPT, microtubule-associated protein tau) stabilizes the cytoskeleton in normal cells, but it doesn’t function properly in neurons of AD patients, it undergoes hyperphosphorylation and aggregates into neurofibrillary tangles within neurons. Normally, only some of the numerous phosphorylation sites of tau are phosphorylated. Therefore drugs for the tauopathies treatment could target pathological tau phosphorylation.

Different phosphorylation states contribute unequally in the pathology. So understanding the relative contribution of each kinase and phosphatase to phosphorylation of distinct sites is important for searching the principal drug targets. This was the goal of the work.

Four kinases (GSK3β, PKA, CDK5 and p38γ) and one phosphatase (PP2A) were selected from the plurality of tau (de)phosphorylating enzymes. Ten phosphorylation sites which are of specific interest for the clinical research were selected from a few dozens of potentially phosphorylable sites of tau protein. This selection was based on the published experimental data. The modelers also have incorporated so-called pseudoresidue which described phosphorylation sites aside from the ten described above. This is the first effort of estimation of tau protein state sensitivity to key enzymes using real kinetic data.

“We’ve taken the first step in understanding of (de)phosphorylation patterns of each tau protein residue by different enzymes. Our model may suggest the role of each tau kinase or phosphatase plays in AD pathogenesis as well as the most potent targets for its treatment,” commented Alexander Stepanov, the leading contributor of the article.

“The published model is another brick in the integrated QSP model which is now developed in InSysBio that may help to find the treatment of AD,” said Tatiana Karelina, PhD, Head of the Neurodegenerative Diseases modeling group at InSysBio.

InSysBio (formerly Institute for System Biology Moscow) was founded in 2004 and has an extensive track record of helping pharmaceutical companies to make right decisions on the critical stages of drug research and development by application of quantitative systems pharmacology (QSP) modeling. InSysBio’s innovative approach has already become a part of the drug development process implemented by our strategic partners: nowadays there are more than 100 completed projects in collaboration with leaders of pharmaceutical industry. The company has published a lot of scientific studies in various therapeutic areas. InSysBio team is developing software and tools for QSP and continuously improves methods for biological modeling. For more information about InSysBio, its solutions and services, visit www.insysbio.com.