InSysBio to present at ACoP9 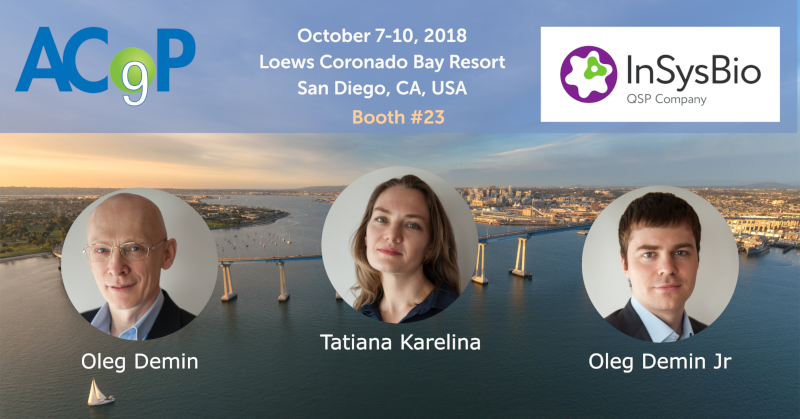 InSysBio announces their participation at Ninth American Conference on Pharmacometrics (ACoP9), to be held October 7th to 10th, 2018, at the Loews Coronado Bay Resort near San Diego, CA. The theme of ACoP9 is “Modeling without Bounds”. InSysBio welcomes visitors at the booth #23.

Poster W-043 also was chosen to be presented at the additional poster session to be held during QSP social event on Tuesday, October 9 at 5:30 PM.