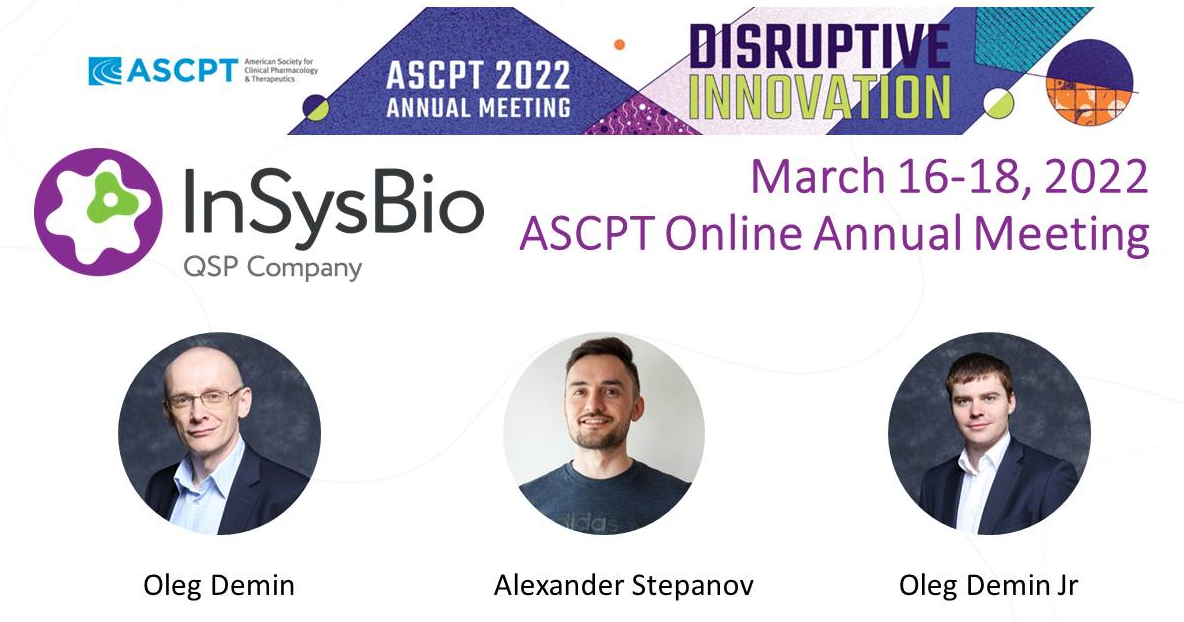 InSysBio announces its participation in ASCPT 2022 Annual Meeting which is to be held virtually March 16-18, 2022. InSysBio is going to give a talk in frames of its Micro-Theater Session with live Q&A which is scheduled for 3:30 PM ET, Thursday, March 17th. The talk by Oleg Demin and Alexander Stepanov will cover the topic, "Online databases collecting and processing publicly available data can help in calibration and validation of QSP models". InSysBio team will also present two posters in frames of the conference, namely: