InSysBio to evolve its Open Source QSP model of COVID-19 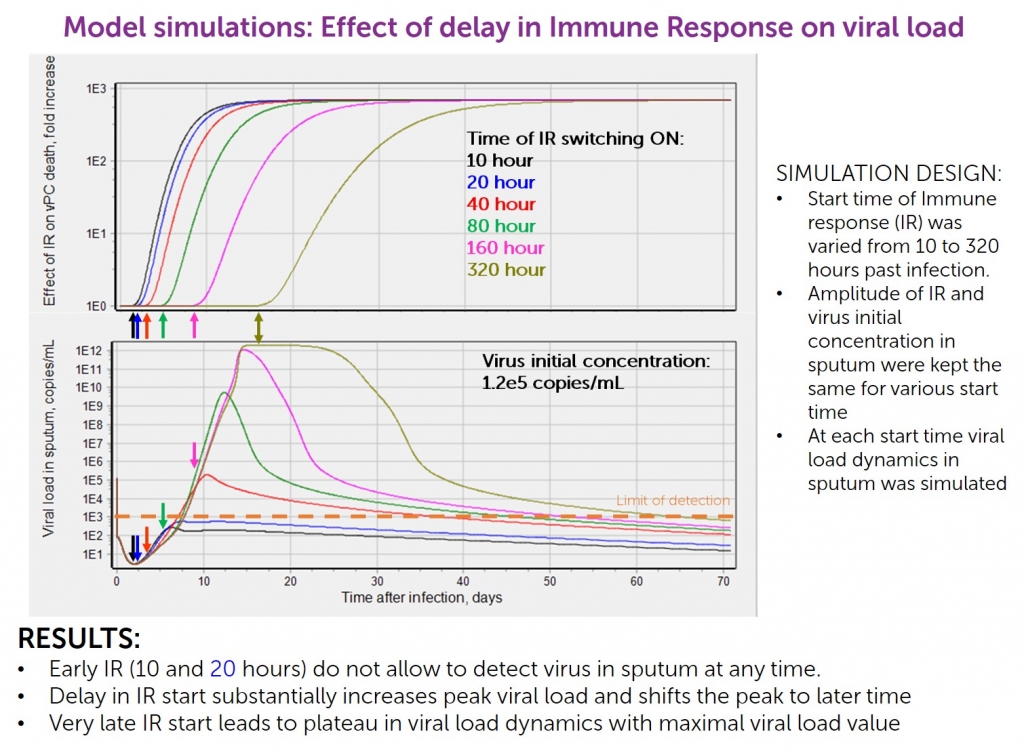 InSysBio has presented a new portion of results in the framework of development of COVID-19 QSP model.

Immune Response was introduced in empiric way as was described in materials available at https://github.com/insysbio/covid19-qsp-model

(2) Model simulations pushes us to conclude that delay in induction of Immune Response has a substantial effect on viral load dynamics. Indeed,

Limitations of the version of the sub-model: