First, we will describe the case when the process has non-zero rate without regulators impact (see Fig.1). 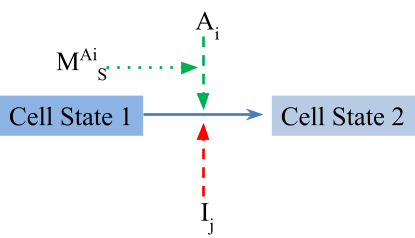 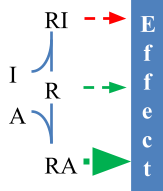 Description of regulation of a cell dynamics process:

1. A cell dynamics process is transition between different states of a cell

2. Control of each particular process is associated with a generalized receptor. Effector binds to receptor and effect is mediated by state of receptor. States of the receptor with bound activators/inhibitors promote faster/slower transition between cell states (effect). Binding of an effector with receptor is assumed to be in equilibrium. 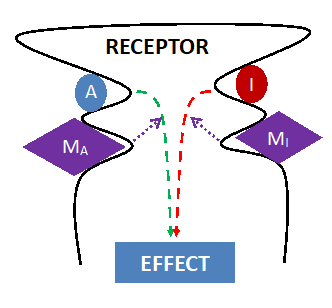 4. Rate law of a process regulated by multiple effectors:

1) All stages of the catalytic cycle can be subdivided into a group of fast reactions and a group of slow reactions.

2) Fast reactions can be considered at quasi-equilibrium in comparison with slow reactions.

3) All concentrations of enzyme states can be expressed in terms of parameters of the catalytic cycle and substrate/product/effector concentrations on the basis of equilibrium relationships valid for fast reactions. 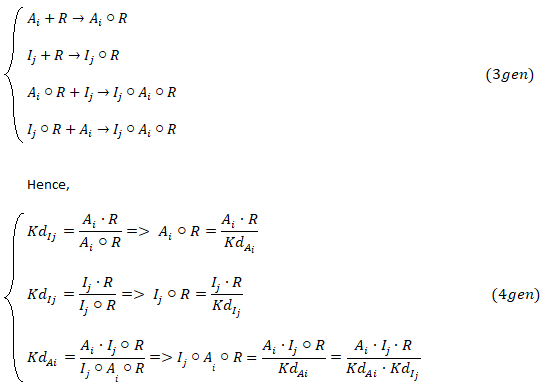 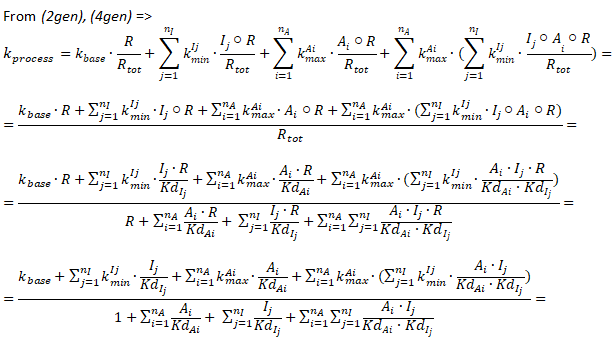 Expressing parameters of receptor-effector binding in terms of "kinetic" parameters:

2) supposing that receptor binding and level of tissue response is in direct proportion: 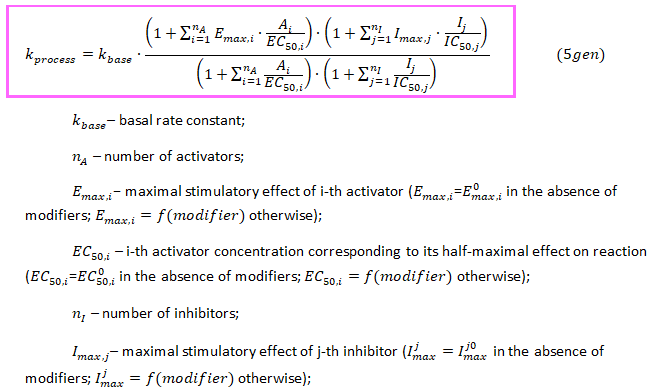 Notice that it is not reflected in the formulas below if a modifier has stimulatory or inhibitory effect. 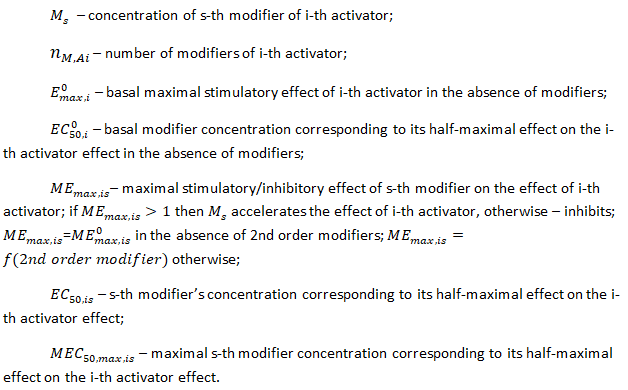 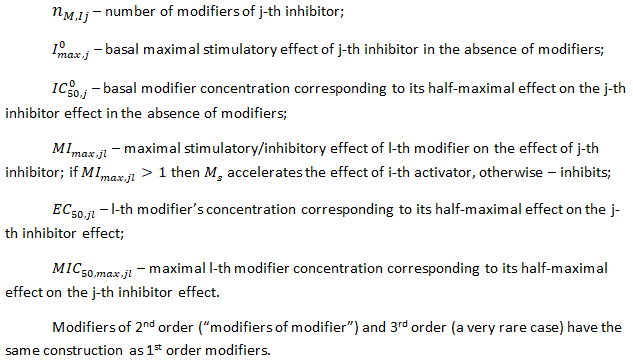 Modifiers of 2nd order ("modifiers of modifier") and 3rd order (a very rare case) have the same construction as 1st order modifiers.

SMh - h-th second modifier; all the other values - in a similar to mentioned above.

TMf - f-th third modifier; all the other values вЂ“ in a similar to mentioned above.

In this case process has a non-zero rate only if there is an activator bonded to the receptor (see Fig.2). Any effector slowing down or accelerating the process caused by an activator should be interpreted as a modifier. 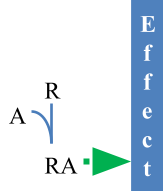 The equation (2gen) in this case may be simplified:

or, supposing that receptor binding and level of tissue response is in direct proportion:

With this designation for the caseв„–2 following equations may be used: 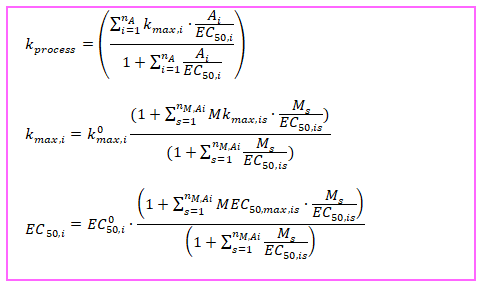